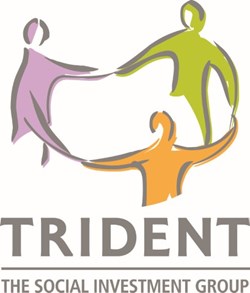 What is it like to work for Trident Housing Association

Personal Growth
93% of staff agreed:
The experience I gain from this job is valuable for my future

Learning and Development was their biggest cost outlay but they realise they could achieve the greatest impact on their performance as an organisation. They have recently reclaimed one of their recently vacated property’s and refurbished it into a bespoke training centre, equipped to meet their organisational needs whilst remaining flexible enough to be multi-functional. The training centre is equipped with an IT training suite, a boardroom style training room, a number of break-out rooms as well as additional office space. This not only provides a future revenue source but removes the cost of renting external facilities. Their next biggest cost was the training itself. To make full use of the facilities, they recruited a HR/L&D professional. This investment not only strengthened the HR team but also allowed them to design and launch a bespoke suite of training initiatives aligned to the needs of the business. They introduce programmes that develop skills for the future. This initiative has been so successful that they have achieved accredited centre status through the Institute of Leadership and Management (ILM) allowing them to deliver a range of Level 3 and Level 5 qualifications to our staff and preferred business partners.
93% of staff agreed:
The experience I gain from this job is valuable for my future

The staff party is an event that caters for the entertainment of almost 200 people held at a Birmingham City Centre hotel. The event is arranged and co-ordinated by members of their Workers Council which helps show that suggestions from staff are made a reality. This year saw a 1950's theme with Marilyn Monroe, a 50's dance troop and a performance from Elvis himself! Other extra's included a caricaturist, a photo booth, pin ball machines, a buffet selection, a free bar and a late disco for those that wanted to dance the night away.
89% of staff agreed:
People in my team go out of their way to help me

Giving Something Back
93% of staff agreed:
My organisation encourages charitable activities

It has been Trident's belief for some time that Housing Associations have a wider responsibility to support and shape the communities which it serves. Trident's stock is predominantly in an area that is geographically isolated, has a high rate of benefit dependency, a high level of financial exclusion, unemployment, social isolation and lack of community engagement. They house some of the most disadvantaged, excluded and underrepresented communities in the region with issues such as mental health, drug and alcohol dependency, cultural diversity, refugees and those that have experienced homelessness. Trident has initiated a number of initiatives that have seen an increase in community cohesion, life skills, personal confidence and social interaction empowering the community to work together to address issues that matter to local people through initiatives such as coffee mornings, breakfast clubs, training sessions, martial arts classes, money advice surgeries, an Iranian Support Group and more recently a number of Trident Torch Events (to build on this Summer's Olympic theme). The money advice surgeries worked with over 360 customers last year maximising £87,369 worth of income and advising on £331,075 of debt. They engaged a local loan shark agency to deliver training and advice sessions to over 120 customers and staff raising awareness on a key issue in the area, signposting affected customers. The breakfast club and Iranian support group provides social interaction, personal confidence and a free breakfast for many customers who struggle financially.
93% of staff agreed:
My organisation encourages charitable activities