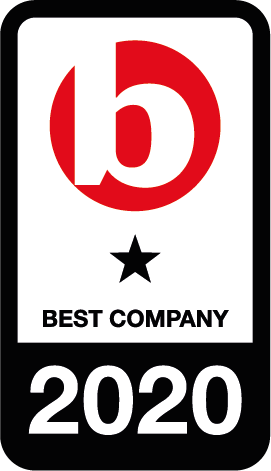 I am inspired by Iceland Foods's accomplishment

Iceland Foods have been awarded a 2020 1 star accreditation by Best Companies, with a BCI of 676.1. Companies like this are truly inspirational and are leading the way in helping make the world a better workplace.

I work at Iceland Foods

Iceland Foods have been awarded a 2020 1 star accreditation by Best Companies, with a BCI of 676.1. As somebody that works for this company, I'm proud to say that it's thoroughly deserved. 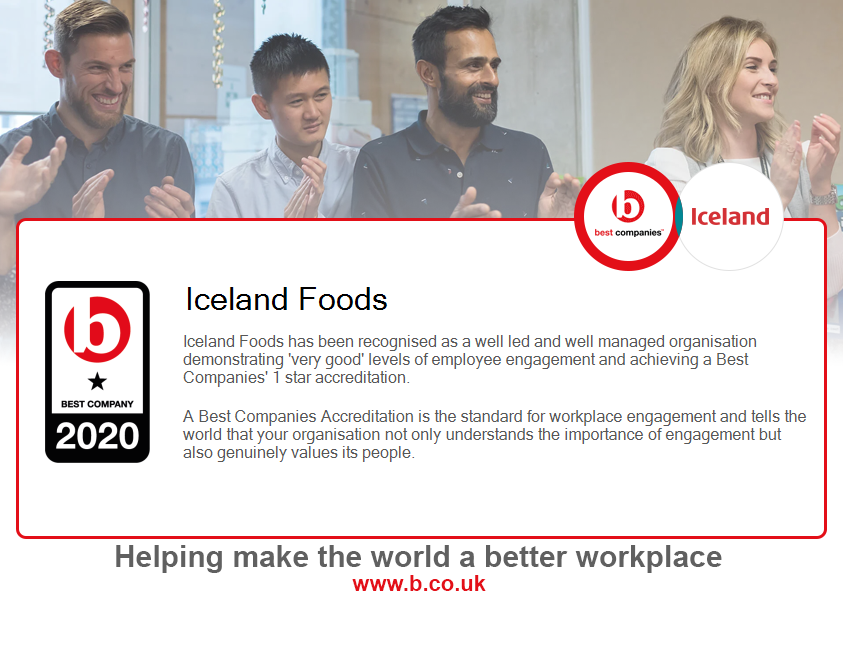 Iceland is a unique British food retailer with over 960 stores throughout the UK. They seek to build a growing, profitable and responsible business that does the right thing for colleagues and customers, the communities that they serve, the planet and future generation.

The Iceland story was started by Sir Malcolm Walker, who began selling loose frozen food in Oswestry in the early 1970's. Fifty years later, Iceland are an iconic brand with stores on almost every high street. They employ over 25,000 people and have won multiple awards for customer service, food quality and online shopping.

Iceland care about their people. They are committed to delivering a positive working environment that protects and looks after their colleagues' physical and mental wellbeing. 'Your Wellbeing' is their awareness campaign, reminding colleagues about all the support available at Iceland. Every colleague receives a pocket-size booklet which signposts them to the support or information they need, which is also available 24/7 on their intranet.

Iceland recognise their colleagues for making a positive difference, no matter how small it may seem. Colleagues can nominate each other to receive a 'Doing it Right' card, an official thank you from the business, signed by the colleagues' senior managers along with a high street voucher. For truly outstanding performances, colleagues can be nominated for a 'First Class Service Award', which is presented to one colleague per region every month.

What is it like to work for Iceland Foods

Leadership
71% of staff agreed:
This organisation is run on strong values / principles

Leaders are accessible and interact with colleagues on a day to day basis. The Iceland Directors all take part in monthly 'Our Business' meetings held in each Head Office department.
71% of staff agreed:
This organisation is run on strong values / principles

Giving Something Back
87% of staff agreed:
My organisation encourages charitable activities

In January 2018, Iceland became the first supermarket in the world to pledge to remove plastic from all own label packaging by the end of 2023.
87% of staff agreed:
My organisation encourages charitable activities

Fair Deal
60% of staff agreed:
I am happy with the pay and benefits I receive in this job

Iceland offer their employees an Employee Assistance Programme, performance related pay and staff discounts.
60% of staff agreed:
I am happy with the pay and benefits I receive in this job

Number of responses in region: 1301

Number of responses in region: 702

Number of responses in region: 482

Number of responses in region: 817

Number of responses in region: 742

Number of responses in region: 1393

Number of responses in region: 712