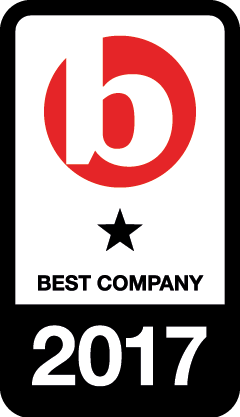 What is it like to work for Axiom Housing Association

My Manager
80% of staff agreed:
I feel that my manager talks openly and honestly with me

Through a review of Personal Development Plans and the Senior Management Team identifying potential Managers in the Association, Axiom engaged the services of a local Consultant to deliver an Introduction to Leadership and Management programme. The aim of the programme was to assist participants in gaining the basic knowledge required by a Manager, to develop basic leadership and management skills and to apply the learning to the participant’s job so they become more effective. At the end of the programme all participants were given the opportunity to attend one-to-one coaching sessions with the Consultant to identify any particular areas they would like further help to develop and set goals for the next stage in their personal development. Over a two-year period, the Association has helped 20 employees to develop their management skills. At the beginning of each year every employee is set individual and corporate objectives that are reviewed on a regular basis at one-to-one meetings with their Manager. At regular intervals throughout the year The Board Of Management are also given an overview of the Department Plans and progress made in each area of the business.
80% of staff agreed:
I feel that my manager talks openly and honestly with me

Personal Growth
75% of staff agreed:
This job is good for my own personal growth

Since 2010 Axiom has taken part in the Housing Diversity Network's (HDN) Mentoring Programme. The HDN Mentoring Programme was originally set up in 2002 due to a need for a better pipeline for minorities into leadership positions in the housing sector. Over 25 employees have benefited from taking part in the programme, which has helped them develop as individuals through one-to-one mentoring sessions, group workshops and events. The HDN have reported that from the 2015-16 cohort of mentees, 15% were promoted during the time they were involved in the programme. There is no eligibility criteria; the programme is open to anyone who feels they would benefit from extra support to reach their own objectives. The workshops cover a range of topics with the aim of broadening knowledge of the housing sector, as well as developing a self-awareness of themselves through psychometric profiling. Axiom’s CEO is a real advocate of the programme and as well as encouraging employees to take this development opportunity he participates each year as a Mentor and is involved in delivering workshops.
75% of staff agreed:
This job is good for my own personal growth

Giving Something Back
90% of staff agreed:
My organisation encourages charitable activities

Axiom have a wealth of community initiatives in place, such as membership of the Homes for Cathy Group, Cardboard Citizens, Bretton Residents Association Group, week of action, every step counts, foodbank collection, volunteering and charity fundraisers. As a member of the Homes for Cathy Group the organisation has been able to contribute to a series of events to mark the 50th anniversary of the first showing of Cathy Come Home back in 1966. The group are highlighting the continuing needs of homeless people in the run-up to the anniversary of Ken Loach’s seminal television drama, which highlighted the plight of a homeless family. Axiom is also organising a range of local events and is working with the Cardboard Citizens Theatre Workshop. The organisation is currently walking its way around the world virtually, raising money for Little Miracles and Axiom Homeless Action charities. So far the company have completed 9,225 miles and even managed to stop off at the Rio Olympics! Axiom also developed the Axiom Academy, which includes Skills and Development Centres at supported projects for the homeless. These were set up in recognition that homelessness rarely occurs in isolation and is often associated with poor educational attainment. It has helped to overcome barriers that these individuals face by ensuring that learning takes place in what is effectively their own home.
90% of staff agreed:
My organisation encourages charitable activities