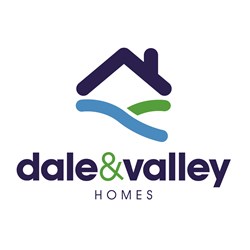 My Manager
94% of staff agreed:
My manager regularly expresses their appreciation when I do a good job

Following the results of Best Companies 2015, Dale & Valley Homers were delighted to be ranked 6th best company in the not-for-profit sector. However, the Executive Management Team (EMT) were concerned that although there was increased satisfaction on responses about “my manager”, there was reduced satisfaction across all responses to questions put solely to Managers/Team Leaders. The EMT was concerned that this group had been particularly impacted by the additional work of the stock transfer and therefore wanted to find out more. In response to this, they commissioned an outside consultant to run a half day workshop with their middle managers/team leaders. At the workshop they looked at the perceptions of the factors that affected the survey results, and what activity/behaviours as an organisation they thought they should keep, stop and amend/put in place to aid our performance. In order to facilitate a frank and open discussion, EMT members weren't present at the workshop. The consultant who facilitated the workshop reported that all attendees really got involved and participated in thoughtful discussion. The findings of the workshop related to perceptions about Dale & Valley Homes' relationship with their parent company and the other two local landlords in the group, internal communication and communication within the Group and the need for more understanding of different teams' roles. Following further discussion with managers/team leaders, one practical measure taken was to improve communication. The company now have more frequent meetings between this group and EMT, and they also use these meetings to look closely at the work of different teams.
94% of staff agreed:
My manager regularly expresses their appreciation when I do a good job

Wellbeing
87% of staff disagreed:
My health is suffering because of my work

Every team at Dale & Valley Homes receives a large basket of free fruit at the start of every month to encourage staff to have a healthier diet. This also increases the likelihood of staff achieving their '5 a day' and makes eating fruit a normal part of their working day. Their 'Workout Wednesdays' take place on the first Wednesday of every month to encourage employees to carry out some form of physical exercise. Employees receive a half hour credit to their flexi account when they have undertaken an exercise activity (usual walking, running or a visit to the gym) in their lunch hour. Employees can boost their annual leave entitlement by buying an additional five days leave. Alternatively, they can sell up to 5 days leave. Annual flu vaccinations and mini health checks are available to all staff to improve their health and reduce absenteeism. The mini health checks gives employees a picture of their current health and suggests changes to their lifestyle, if needed.
87% of staff disagreed:
My health is suffering because of my work

My Team
98% of staff agreed:
People in my team go out of their way to help me

Following the stock transfer of homes from Durham County Council to Dale & Valley Homes, 4200 new tenancy agreements needed to be prepared, hand delivered and tenants' signatures obtained in a 3 month period. This was a mammoth task and required a ‘whole team’ approach. Roles ranged from Tenancy Agreement preparation, home visits to get the document signed and data entry. They were assigned to every member of the organisation, including the Managing Director and Executive Management Team. For this task, traditional team boundaries were put aside and new virtual teams established. This approach meant that staff members were working alongside colleagues they had never worked with before, thus supporting improved relationships and communication between both teams and individuals, once back in the ‘day job’. Motivation was maintained through weekly updates on progress. Every member of staff took pride in the achievement of steadily moving towards the end goal. Weekly updates were followed by e-mails from the Managing Director praising everyone involved for their hard work and dedication. What could have been a hugely mundane and cumbersome task, became a real team building exercise which promoted interaction between different individuals across the organisation, breaking down barriers between teams. Once finished, the sense of achievement, shared by the whole organisation, was almost tangible and re-enforced that the 'impossible' can become 'achievable' when everyone works together.
98% of staff agreed:
People in my team go out of their way to help me