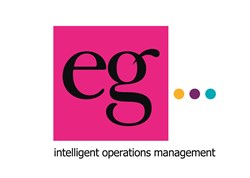 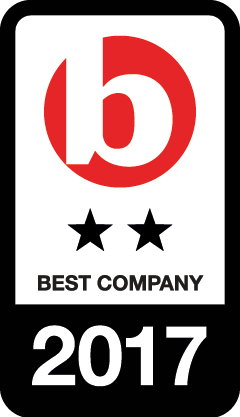 What is it like to work for eg solutions plc

Wellbeing
81% of staff disagreed:
My health is suffering because of my work

Each Monday eg have a large selection of fruit delivered. They are just at the end of a six week 'steps' challenge, the CFO collated names of everyone who wanted to be involved and put those employees into a variety of teams. They have a weekly score board and individuals who have made significant progress have received individual prizes. At the end of the six weeks the individuals in the team with the most steps will be awarded a prize. This has encouraged staff to go out for a walk at lunch time and to be far more active during the evening. They have had board members and the CEO involved - who have turned out to be the most competitive! The chairman of the board has scheduled his appointments in London so he can walk between them. There is also a running club each Wednesday evening which a few members of staff participate in. They have a healthy eating committee who are organising for someone to come in and give head and shoulder massages. eg have a 'break out' area in the kitchen with tables, chairs and a football table.
81% of staff disagreed:
My health is suffering because of my work

As part of eg’s ongoing fundraising activities for the company charity, the Doornkop Needy Children’s Centre in Soweto, South Africa, they now have their annual Great eg Bake Off. The Bake Off commenced Monday 19th September with a total of 8 bakers participating in this year’s event. Each contestant will be baking something of their choice to be judged by the eg community based on Presentation, Creativity and Flavour on a scale of 1 – 10. Each contestant is to bake something of their own choice and of course, all submissions must be home cooked! A donation of £1 will be given for a sample of each of the baked goods and all proceeds will go towards the DNCC fund to help reach their target of £5,000 for a new play area and a further classroom. Ian Sparks, eg’s Software Tester, started a gruelling 960 mile cycling challenge on 3rd August from Land’s End to John O’Groats in just 10 days! Ian’s mission is to raise £2,000 towards the £5,000 target to raise funds for the company charity. eg solutions are proud to announce their sponsorship of Aston Juniors FC, a newly formed local junior football team based in Staffordshire. The partnership has been formed to help further accelerate the team’s rapid development, by ensuring the young squad has access to the best possible equipment, facilities and coaching. Aston Juniors FC is an under-10s team formed in May by a group of local parents, who saw an opportunity to create a more organised team than the ones their children had previously played in.
96% of staff agreed:
My organisation encourages charitable activities

Fair Deal
78% of staff agreed:
I am happy with the pay and benefits I receive in this job

eg offers a unique flexible benefit scheme. This allows colleagues to flex their benefits package to suit them. The comprehensive standard package includes 5% matched contribution in a leading pension’s scheme, 25 days’ holiday, Comprehensive Private Healthcare, Income protection policy and PHI cover. The individual can opt out of certain benefits and use the money equivalent to increase an alternative benefit. For example, opting out of the income protection policy and PHI cover in order to increase the employer’s pension contribution and purchase additional holidays. The flexible benefits package is coupled with eg’s “Let’s get Healthy” scheme to provide colleagues with a fantastic basic package. The “Let’s Get Healthy” scheme encourages individuals to improve their health and well-being. Whilst being closely linked to the Private Healthcare benefit, the scheme also encourages people to take part in company arranged or subsidised social activities in or out of the office. This includes activities such as running, walking, healthy cooking and eg’s very own choir.
78% of staff agreed:
I am happy with the pay and benefits I receive in this job