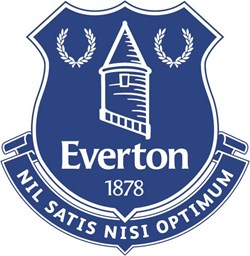 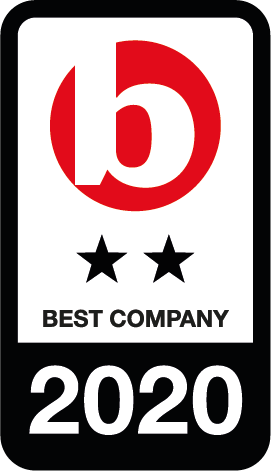 Founded nearly 150 years ago as St Domingo's FC, the club became Everton Football Club a short while later, and in 1888 the Merseyside team were one of 12 founders of the Football League.

Everton Football Club are one of English football's most successful teams. Nine times league champions and FA Cup winners on five occasions, the club have spent more time in the top-flight than any other side.

Today, the club has over 450 staff members based across five sites in Merseyside: Goodison Park their historic stadium; The Hub - where their award winning community charity is based; Everton Free School; Finch Farm - their training base and academy ground; and finally, their new head office The Royal Liver Building at the heart of Liverpool's historic waterfront.

Known as the People's Club - the club's ethos of being a community club is still very much at the heart of who they are. Their charity, 'Everton in the Community', engages and inspires individuals across Merseyside to participate in sport as well as creating a new generation of Evertonians.

Staff members are incredibly proud to work for Everton and they look to encourage and grow this passion every day. Staff not only work for the club but they dedicate their personal time to fundraise for Everton in the community, while volunteering to help out on match days.

The club works with staff to develop them professionally and support them when times get tough. They are their '12th man' and integral to the continued success at Everton.

The Everton Leadership Team live the values of Everton Football Club as demonstrated in their behaviours. Each year an annual staff conference is hosted by the Executive Leadership Team who share the vision and strategy of the Everton Family to all staff, personally presenting key updates on work in the community, commercial ventures, football management and key projects.
89% of staff agreed:
This organisation is run on strong values / principles

Everton in the Community is one of the UK's leading sports charities and engages with, and positively supports, over 20,000 people each year across Merseyside. The Charity aims to be the most effective charity nationally and internationally using sport as a tool to identify and support vulnerable people and help to change their lives for the better.
95% of staff agreed:
My organisation encourages charitable activities

Everton are always looking to go above and beyond to make sure that they attract the best talent for the Family. One of the techniques that have worked exceptionally well for them, is their partnership with LinkedIn. They have now partnered with LinkedIn to source their own candidates, but also to engage with potential people that may be interested in roles within Everton. They have an employer page, were people can find out what it is like to work for Everton, and also view vacant roles, as well as interact with them and send them messages.
96% of staff agreed:
I believe I can make a valuable contribution to the success of this organisation

Number of responses in region: 375