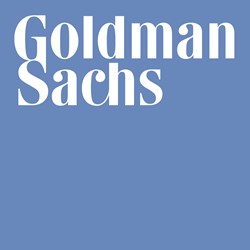 THE INTERESTS OF clients always come first, says Goldman Sachs International. Not far behind is the need to keep its employees happy. Second on the financial services firm’s list of business principles reads: “Our assets are our people, capital and reputation. If any of these is ever diminished, the last is most difficult to restore.”
One of the ways Goldman Sachs makes its employees feel valued is by listening to them.
Due to what the company describes as “unprecedented levels of scrutiny and media attention” in recent years, it has introduced more ways of giving and receiving feedback.
Examples include access to senior bosses via email and voicemail, as well as town hall meetings hosted by Michael Sherwood and Richard Gnodde, joint chief executives of Goldman Sachs’s Europe, Middle East and Africa wing. About 2,000 people were involved in the first session in person, on the phone or via video conference and staff say they have confidence in the leadership skills of the senior management team (a 78% positive score, ranked top).
A 75% factor score for Leadership questions in our survey is a result better than any of the other Best Big Companies.
Senior managers are said to live the values of the organisation (76%) and the leadership runs the firm based on sound moral principles (77%). Staff feel proud to work for Goldman Sachs (82%) and say the company makes a positive difference to the world (69%).
Almost half (46%) the Goldman Sachs workforce has been at the company for at least five years and this may be partly due to the pay; nearly three-quarters (73%) of people earn £55,000 or more and four out of 10 are paid more than £100,000 a year.
The firm has two internal initiatives for developing staff. Pine Street offers leadership training, while the company’s own Goldman Sachs University has courses taught in the classroom and over the internet to improve business and interpersonal skills.
Experience gained from the job is valuable to staff’s future (81%, the top rating) and people believe opportunities to learn and grow within this organisation are not limited

What is it like to work for Goldman Sachs International

Leadership
91% of staff agreed:
This organisation is run on strong values / principles

The Co-CEOs of Goldman Sachs in EMEA, supported by the European Management Committee, this year committed to hosting quarterly region-wide Townhalls to which all their people are invited and encouraged to attend. These one hour sessions serve as a point of reflection and allow senior management to discuss how their businesses and divisions are performing, the firm’s forward strategy and to answer in person any questions or concerns. A new initiative this year has been to invite members of the European Management Committee to join their Co-CEOs at the Townhall sessions to provide a more in-depth look at some of the key themes and recent developments in their particular division.
91% of staff agreed:
This organisation is run on strong values / principles

Personal Growth
90% of staff agreed:
The experience I gain from this job is valuable for my future

The company recognise that the quality of their people is the cornerstone of their continuing success. Pine Street and Goldman Sachs University are the internal development centres at Goldman Sachs. These interconnected groups develop and execute training programmes to address organisational, cultural and people development issues, providing tailored offerings that support the careers of their people. Pine Street provides hands-on leadership training for the firm’s senior-most population, their partners and managing directors. GS University is responsible for developing the firm’s talent to maximize performance and potential, through an integrated curriculum that develops individuals at key transition points throughout their career. In addition, their Office of Global Leadership and Diversity offers professional development and leadership training to help support and build the pipeline of leaders from under-represented groups.
90% of staff agreed:
The experience I gain from this job is valuable for my future

Small businesses and social enterprises play a vital role in creating jobs and driving economic growth in the UK. The Goldman Sachs 10,000 Small Businesses UK programme offers leaders of small businesses and social enterprises business knowledge, skills and national support network to help them maximise their businesses’ growth potential and create employment. Launched in Leeds in 2010, the programme has expanded to Manchester, Birmingham and London with approximately 400 participants. Delivered by leading business schools, the programme offers 100 hours of curriculum through which participants develop tailored business plans designed to guide strategy and secure capital. The programme is offered on a fully funded basis to small businesses and social enterprise leaders, who desire to grow their businesses, create local employment and have scalable business models.
95% of staff agreed:
My organisation encourages charitable activities