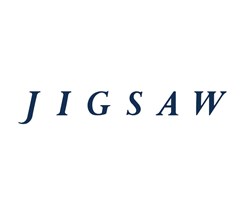 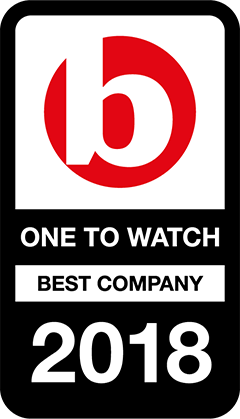 I am inspired by Jigsaw's accomplishment

Jigsaw have been awarded a 2018 ones to watch accreditation by Best Companies, with a BCI of 601.2. Companies like this are truly inspirational and are leading the way in helping make the world a better workplace.

I work at Jigsaw

Jigsaw have been awarded a 2018 ones to watch accreditation by Best Companies, with a BCI of 601.2. As somebody that works for this company, I'm proud to say that it's thoroughly deserved. 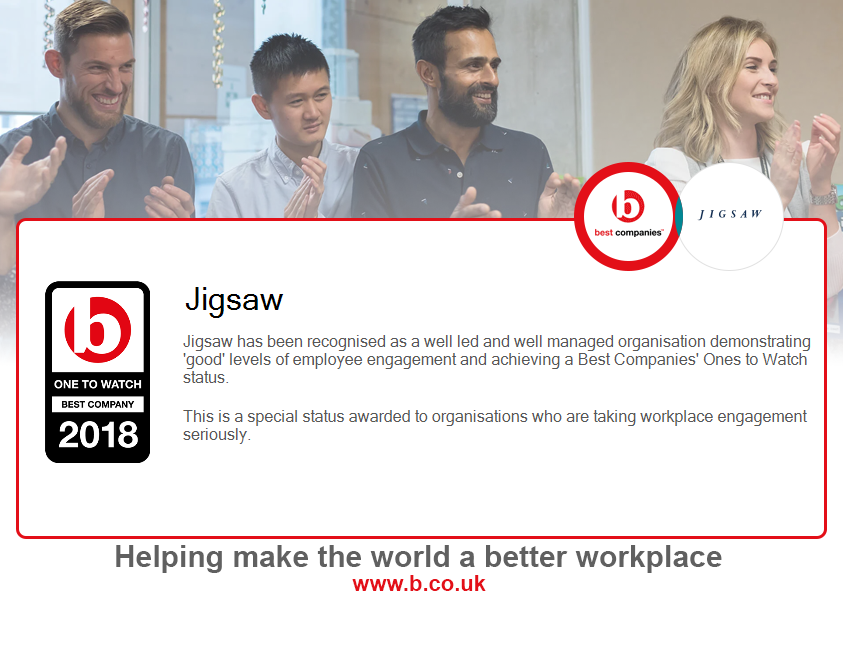 Jigsaw are a contemporary British fashion brand, creating beautiful and timeless clothes and accessories. The firm believes that fashion is temporary but style is permanent.

In 1970, John Robinson opened the first store in Brighton. Along the way, the company has won many British Fashion Council awards, launched an accessories brand in 2001 and opened its first US branch in LA in 2004.

Today, under Chief Executive Officer Peter Ruis, Jigsaw have stores throughout the UK, plus branches in Ireland, Australia, Singapore and the US.

Jigsaw designs timeless, independent-minded and fun pieces that can be worn for years. They use the best fabrics to produce clothes with designer quality and detailing but at high-street prices.

In 2015, Jigsaw handed £493,000 to workers in a profit-sharing deal. Employees of at least one year’s standing were given at least one share in the company, and on Christmas Eve in 2015 received a dividend of £400 per share.

Wellbeing
60% of staff disagreed:
My health is suffering because of my work

Head office employees get a restaurant-style lunch, a gym and yoga classes and there’s a cycle-to-work scheme available. Staff coming back to work can phase their return and flexible working is available, as is working from home and requests to change working location.
60% of staff disagreed:
My health is suffering because of my work

My Team
84% of staff agreed:
My team is fun to work with

There’s a weekly memo to all stores, warehouse and head office, plus monthly newsletters to all properties about the company’s news and team events. A two-day event for managers features presentations and a fashion show to present the new collection.
84% of staff agreed:
My team is fun to work with

My Company
87% of staff agreed:
My work is an important part of my life

In style and truth, everyone can embrace their own style and not slavishly follow the fashion world. That means putting style before trends and truth before hype.
87% of staff agreed:
My work is an important part of my life

Number of responses in region: 45