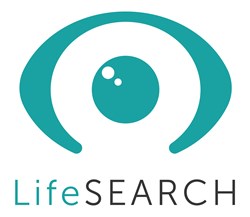 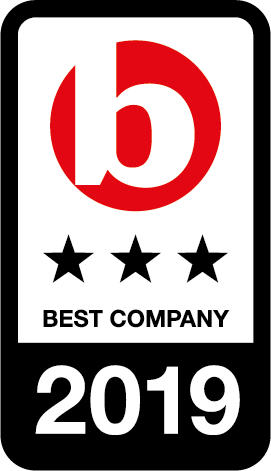 I am inspired by LifeSearch 's accomplishment

LifeSearch have been awarded a 2019 3 star accreditation by Best Companies, with a BCI of 804.4. Companies like this are truly inspirational and are leading the way in helping make the world a better workplace.

I work at LifeSearch

LifeSearch have been awarded a 2019 3 star accreditation by Best Companies, with a BCI of 804.4. As somebody that works for this company, I'm proud to say that it's thoroughly deserved. 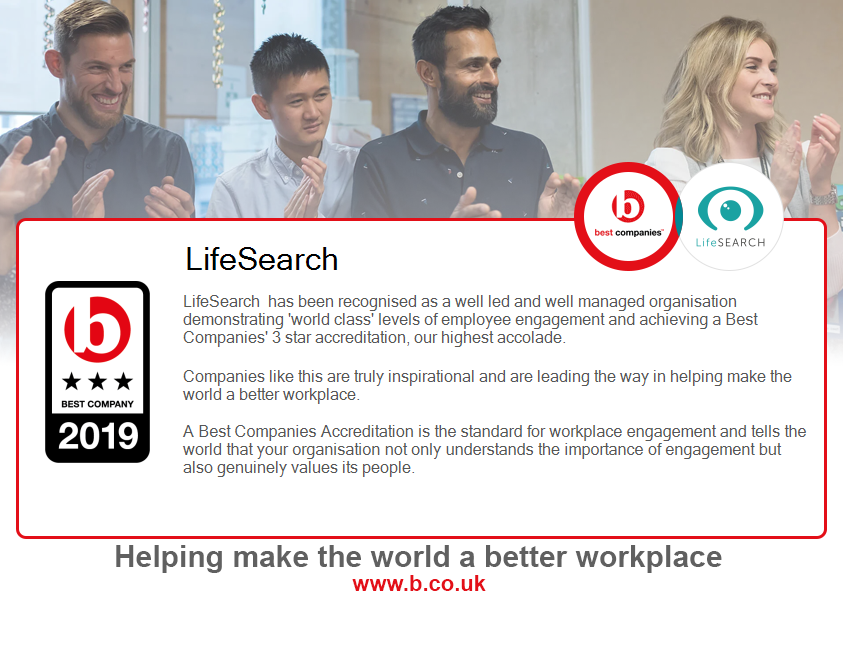 LifeSearch was conceived when rain stopped play during a game of cricket and two men talked. One talked about the benefits of life protection; the other agreed to buy his policy, which covered disability and death. Within two years, the buyer needed to make a claim.

It was a small grace for a family at a terrible time. For the salesman, now LifeSearch CEO Tom Baigrie, it was the most worthwhile piece of work he’d ever done.

Tom went on to build a business that would offer the right cover from the right provider. Since being founded, Leeds-based LifeSearch has arranged over 650,000 policies, working with every major UK insurer.

Now the biggest life-insurance advisor in the UK, LifeSearch employs over 450 LifeSearchers across three UK offices and has built a workplace culture based on five values: care, tolerance, honesty, excellence and openness.

Leadership
95% of staff agreed:
This organisation is run on strong values / principles

Leading the business with values intact is key to the company, and this is reinforced at the annual Leadership Away Day. In addition, COO Tamsin Parker presides over these values through the monthly Chief’s meeting and in Leadership Group meetings.
95% of staff agreed:
This organisation is run on strong values / principles

My Team
95% of staff agreed:
People in my team go out of their way to help me

Three times a year, the CEO hosts ‘Come Dine With Tom’ to reward the team in each location. Six times a year, in Speed Networking, around 20 people get to spend four minutes with each business leader. There’s also a People Conference, profit-sharing and a Partnership Day.
95% of staff agreed:
People in my team go out of their way to help me

My Company
97% of staff agreed:
I believe I can make a valuable contribution to the success of this organisation

This is a values-based business, with new starters introduced to the Purpose Statement, culture statement and values on day one. They’re then woven into day-to-day life, assisted by a number of initiatives, including the 25 Culture Champions in the business.
97% of staff agreed:
I believe I can make a valuable contribution to the success of this organisation

Number of responses in region: 33

Number of responses in region: 127

Number of responses in region: 114