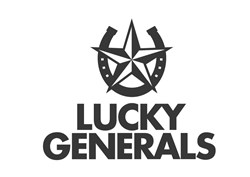 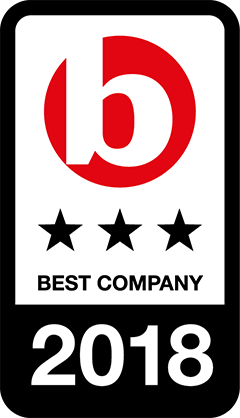 I am inspired by Lucky Generals Ltd's accomplishment

Lucky Generals Ltd have been awarded a 2018 3 star accreditation by Best Companies, with a BCI of 783.9. Companies like this are truly inspirational and are leading the way in helping make the world a better workplace.

I work at Lucky Generals Ltd

Lucky Generals Ltd have been awarded a 2018 3 star accreditation by Best Companies, with a BCI of 783.9. As somebody that works for this company, I'm proud to say that it's thoroughly deserved. The company, with just a few dozen staff, has produced key campaigns for the likes of Betfair and Amazon. Despite only being formed in 2013, the agency is growing at a startling rate.

In one day in 2015, the agency doubled in size when it won accounts with Twitter and Paddy Power, each worth around £20m.

In 2016, the founders, Danny Brooke-Taylor, Helen Calcraft and Andy Nairn, announced they had hired Nik Upton from agency Joint to set up a communications group, Lucky Enterprises, and invest in PR and digital start-ups so clients enjoy a full suite of marketing services.

Lucky Generals have sold to TBWA and the new structure will see TBWA form a sub-group in the UK, consisting of Lucky Generals and TBWA\London, where both will continue to operate as two separate brands.

What is it like to work for Lucky Generals Ltd

Leadership
100% of staff agreed:
I have confidence in the leadership skills of the senior management team

The three founders personify the company values. They’re hands-on, working closely with staff at all levels. They sit in the open-plan office and foster an open, honest, collegiate, entrepreneurial, ambitious and fun working environment through their approach.
100% of staff agreed:
I have confidence in the leadership skills of the senior management team

My Company
96% of staff agreed:
My work is an important part of my life

One of the core principles is ‘we are all lucky generals’ - this means no discipline outranks another. There’s no hierarchy or politics, no one is above plumping cushions or making tea. They don’t encourage greedy competitiveness and are always a team.
96% of staff agreed:
My work is an important part of my life

Fair Deal
80% of staff agreed:
I am happy with the pay and benefits I receive in this job

Every year, they operate a staff-voted award for the best creative campaign. This must be based on its impact, creativity, success and fame. It’s a military-themed award customised to represent the particularly creative idea.
80% of staff agreed:
I am happy with the pay and benefits I receive in this job

Number of responses in region: 30