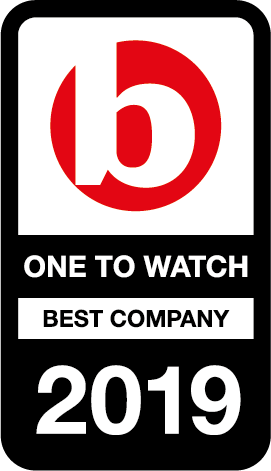 I am inspired by ODEON Cinemas Group Limited's accomplishment

ODEON Cinemas Group Limited have been awarded a 2019 ones to watch accreditation by Best Companies, with a BCI of 623.4. Companies like this are truly inspirational and are leading the way in helping make the world a better workplace.

ODEON Cinemas Group Limited have been awarded a 2019 ones to watch accreditation by Best Companies, with a BCI of 623.4. As somebody that works for this company, I'm proud to say that it's thoroughly deserved. 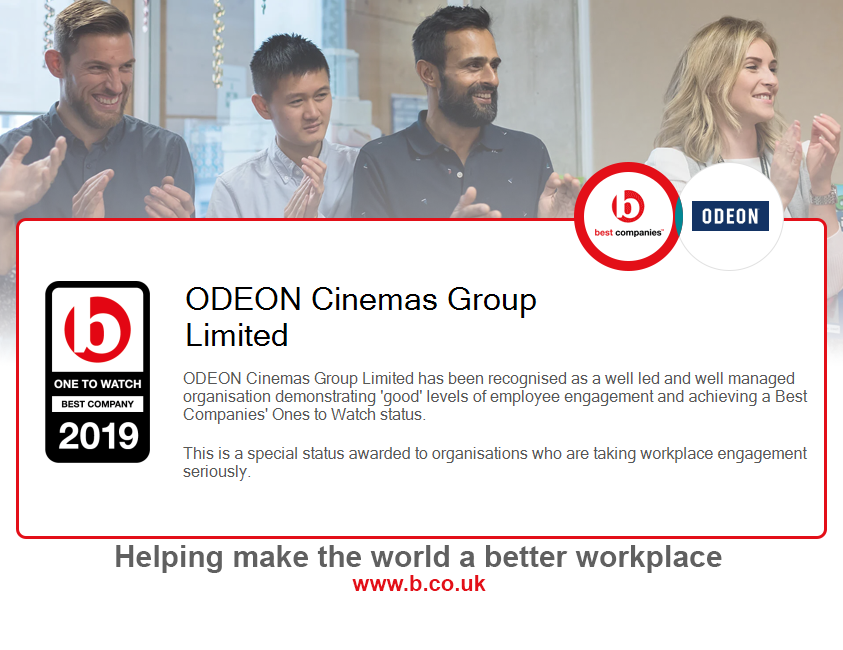 ODEON Cinemas are Europe's leading cinema chain, ‘fanatical about film’? in every language.

ODEON Cinemas are the number-one exhibitor in the UK, Italy, Spain and Ireland and a significant player in Austria and Portugal.

ODEON Cinemas became part of the Rank Organisation for the next 60 years. After various sales and acquisitions, ODEON ended up in the hands of AMC Theatres in 2016.

Today, London-headquartered ODEON Cinemas have 2,200 screens in seven countries and 120 cinemas under the ODEON banner in the UK. The current Chief Executive Officer is Mark Jonathan Way.

Perks for staff include free unlimited cinema and the chance to go to previews, 40% off food and drink in stores, a bonus scheme, on-the-spot scratchcard rewards, guest passes and flexible working.

What is it like to work for ODEON Cinemas Group Limited

Leadership
67% of staff agreed:
This organisation is run on strong values / principles

The senior management team leads all business updates and company conferences and hold ‘town hall’ sessions to address questions, concerns or suggestions colleagues may have. They also regularly fundraise for charity and make themselves available to the rest of the team wherever possible.
67% of staff agreed:
This organisation is run on strong values / principles

Wellbeing
57% of staff disagreed:
My health is suffering because of my work

ODEON employees are provided with free fruit, breakout areas and counselling support where necessary, and are also encouraged to undertake charity work and take part in fundraising events. Film screenings are also held before and after work to help the team relax and socialise.
57% of staff disagreed:
My health is suffering because of my work

Company updates and internal communications are used to highlight key achievements and individual examples of great work, with leaders attending management gatherings to determine strategy. The company also contributes towards the cost of all Christmas parties and hosts an annual celebration for support office colleagues, all expenses paid.
88% of staff agreed:
My team is fun to work with

Number of responses in region: 536

Number of responses in region: 159