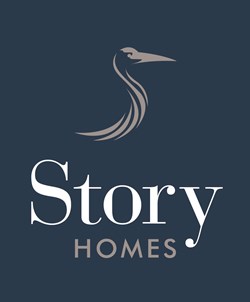 What is it like to work for Story Homes

Leadership
92% of staff agreed:
This organisation is run on strong values / principles

Story Homes’ CEO, Steve Errington, is an open, transparent and visionary leader. Steve joined the business in August 2012 and has been working collaboratively with the team and overhauled the core house building processes in order for Story Homes to be fit for purpose and for their ambitious growth plans which has made a huge difference to the business.

92% of staff agreed:
This organisation is run on strong values / principles

For the last two years Story Homes has funded a sports programme which supports nine schools in Carlisle which is ran in partnership with Carlisle District Sport and Physical Activity Alliance Foundation (SPAAF). The programme funds physical education lessons for schools. It started in September 2012, aiming to keep the Olympic legacy alive amongst school pupils. Fred Story was inspired to contact SPAAF and get the scheme up and running after learning that funding for sport in schools was being cut, leaving children with even less opportunity to participate in the sport they had seen in the Olympic Games. Through Story Homes funding, SPAAF coaches spent half a day each week working with the children in their own schools, teaching new sports and encouraging them to get involved in physical activity. They promoted health, hygiene and fitness alongside confidence, self-esteem and motivation to achieve and succeed in sport. In 2010, in order to showcase and encourage interest in site based careers such as bricklaying, joinery, roofing, plumbing and groundworks, Story Homes recruited a team of apprentices, along with their subcontractors, who were challenged to build a 4-bed house at their Magellan Park development. This was filmed and shown on ITV4 in March 2011 as part of a three part series called "Rookie Builders." The majority of apprentices were recruited from the high unemployment area following a jobs fair in order for local people and the community to benefit .
96% of staff agreed:
My organisation encourages charitable activities

In order to build a capable, engaged and motivated workforce Story Homes believe they need to speak and listen to all colleagues at all levels. This is something they have built on since their first employee survey in 2010. The Aspire Performance and Development framework provides a robust foundation to build on and deliver throughout their workforce.

96% of staff agreed:
I believe I can make a valuable contribution to the success of this organisation