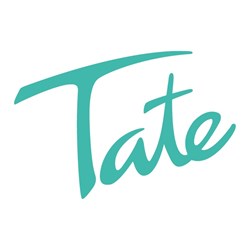 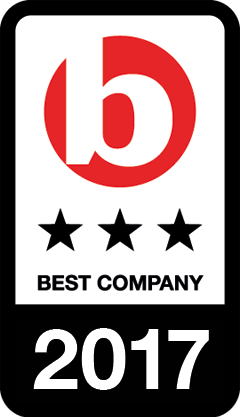 Leadership
96% of staff agreed:
I am inspired by the person leading this organisation

Open communication and accessibility to the senior team are key within Tate. Through spending time in the branch network and asking for feedback in terms of what’s working and what should change there is an environment of continuous improvement. Everyone has a voice and opinions and ideas are valued. The Regional Directors hold a weekly conference call to share news and updates and send out a weekly update highlighting achievements and performance. The values at Tate are not just something written on a piece of paper, or in the Boardroom, they are actively practised in the business, and there is an expectation within Tate that all employees, including Senior Management, demonstrates them at all times. They ran a survey earlier this year about values and engagement in the business to identify people’s concerns and issues. The results of this survey were shared from the senior management team addressing all of the questions and providing solutions and answers to ensure everyone feels their opinion is valuable to the business. The CEO lives the brand and the culture with a capability of making the vision a reality and he is always very visible and accessible within the business, working from each branch and constantly asking for feedback. His style is very inclusive and he build strong relationships with all employees. He has a sense of humour and appreciates that hard work and gaining results don’t have to be to the detriment of fun along the way. David is very highly regarded and respected in the business, very approachable, open and interested in everyone. He is results oriented, but ensures great customer satisfaction is at the forefront of everything Tate do.
96% of staff agreed:
I am inspired by the person leading this organisation

My Manager
96% of staff agreed:
My manager cares about me as an individual

This year Tate’s managers are going through a bespoke 12-month leadership development programme. It started in April 2016, when each manager received a detailed 360-degree feedback session from their manager on their core competencies, strengths and development areas. The 360 feedback then led to the creation of a 12-month development plan, covering each of the competencies assessed against in the 360. Managers were asked to attend two mandatory sessions on ‘Driving Sales’ and ‘Leadership & Promise Management’, followed by any sessions that they felt would add to their development, based on the feedback given. For example, the company ran additional sessions on ‘Planning and Strategy’, ‘Coaching for Performance’ and ‘Relationship Building’. In April 2017 they will be running the same 360 once more, to show managers how they have improved and what areas they may still need to focus on. After the courses, further support was given to the managers by their managers and the L&D team through coaching and reviews sessions. The company measures the performance of their managers through monthly reviews with their director. The main focus is on team performance and future plans. All managers have an annual appraisal which is focused on personal development and career progression. An important part of the role is business planning, and each year they spend time with a panel of representatives across the business to deliver their annual plans. They are given feedback on their development areas and praised on their success. Annually, Tate award a manager of the year who has outperformed and led their teams to growth and continued success.
96% of staff agreed:
My manager cares about me as an individual

My Company
98% of staff agreed:
I believe I can make a valuable contribution to the success of this organisation

Tate provides all staff, new and return workers a personalised one to one or small group induction by a senior member of staff which takes them through the history, vision, values and USP's of the organisation within their first week of joining Tate. Everyone is given a real insight into the organisation along with weekly updates from the Managing Director which updates everyone on the vision and values so everyone can see how effective the company are being.
98% of staff agreed:
I believe I can make a valuable contribution to the success of this organisation