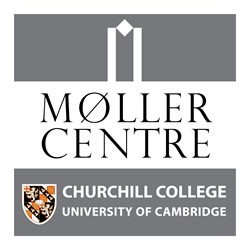 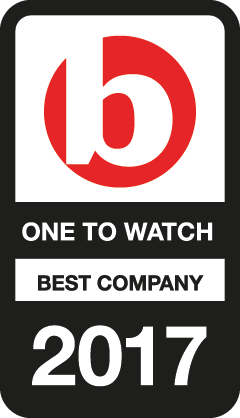 About The Møller Centre

What is it like to work for The Møller Centre

Leadership
82% of staff agreed:
This organisation is run on strong values / principles

The CEO commitment to The Møller Centre values is unquestionable and permeates everything she does, including the relationships she establishes and maintains. She has created a unique culture at the Centre, which has been a focus throughout continued growth and development. A huge emphasis is placed on values from the recruitment and induction process and during the employment journey through training and development initiatives such as customer service training. Gillian leads by example and takes every opportunity to reinforce the behaviours she expects from all employees as a Senior Management Team. As such the SMT strive to follow the example set by Gillian, through an approach to consistent and effective communication and consultation. Despite continued growth, Gillian is keen to maintain the family friendly culture that they have established. To support this, they have continued with the SMT/Staff lunches, which take place on a monthly basis with Gillian attending them all and the SMT attending on a rotating basis. The lunches are designed as a way for staff to have greater access to both Gillian and the wider SMT. The lunches do not have a fixed agenda but they do ask that each person comes prepared to share a little and learn a little. They ask each attendee to think about if they were CEO for the day what would you change and why? And also, what recent change has had the biggest impact and why? They are also asked to come prepared to share a personal fact or as a personal question.
82% of staff agreed:
This organisation is run on strong values / principles

The Møller Centre are committed to the health and wellbeing of their team and have several practices in place designed to support staff wellbeing. They offer onsite workplace massage for all staff at the end of the year. The HR and Training Manager is booked on to the Mental Health First Aid course to offer further support to those suffering with mental health issues. They offer a free counselling service as part of their health care plan and the HR and Training Manager has access to a number of other resources and Counsellor's if required. They have run and will continue to run resilience training. They have run a series of Pilates classes in house. They also include a wellbeing tip in the monthly newsletter, which is always well received. They try to link the message to something topical such as National No Smoking Day, Stress Awareness Day or Mental Health Awareness Day. As above but in addition to this they have run a mental health first aid lite course for Manager's to enable them to spot the signs of mental health issues. Each month the HR and Training Manager also offers an open 2 hour drop in session which is available to all staff to discuss any issues which are personal or work related.
74% of staff disagreed:
My health is suffering because of my work

Giving Something Back
91% of staff agreed:
My organisation encourages charitable activities

The Møller Centre staff nominated Charity of the Year for 2015/2016 was East Anglian Air Ambulance, which provides Helicopter Emergency Medical Services across the county. During their year of support, they provided various ways for team members to get involved and raise much needed funds. Some of the team joined in with a collection in the local market square. They held a race night and quiz night, inviting staff to join in, have fun and raise money. They encouraged staff to donate money at Christmas for a non-uniform day and donated money in lieu of sending company Christmas cards. They asked for volunteers to take part in running the Cambridge Half Marathon, with other team members supporting on the day. They donated their time and facilities by running an afternoon tea for the EAAA volunteers and had a Euro-themed football sweepstake, again, raising much needed funds. Throughout the year they also sold various merchandise with all proceeds going to EAAA and had collection tins throughout the Centre. During the lead up to the Quiz night they sold EAAA scratchcards, offering some light hearted competition to see who could win the most! They also contributed an amount to the Charity for every Delegate Feedback Questionnaire received at the Centre during the year.
91% of staff agreed:
My organisation encourages charitable activities