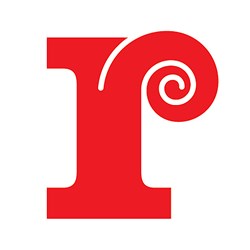 About The Red Brick Road

What is it like to work for The Red Brick Road

My Team
100% of staff agreed:
My team is fun to work with

Team interaction and communication is very much an intrinsic part of day-to-day company life. The company have always recognised the importance of getting everyone together so have built a forum for this around Friday lunchtime. Every week free food and drink is provided for everyone in the reception area. As well as sharing lunch together they use this opportunity to update employees on news: To celebrate new business wins; to recognise those that have gone ‘Above&Beyond’; to share work. But most importantly to keep everyone updated. The company believe the best teams are built when there’s total transparency. Communication is key to this whether to celebrate success or to ‘dig deep’ and move on from a more challenging experience. In addition, training sessions will typically bring people from across the agency together. The company host fortnightly 'Well Red' sessions for the whole agency where industry professionals come in to share their areas of knowledge & expertise. Other training sessions vary from all company day sessions to smaller bits of training typically attended by between 3 and 10 employees. Less formally there are two company parties each year: The Summer Party and Christmas Party. The second would typically be expected, but the first is the company’s opportunity to give something back.
100% of staff agreed:
My team is fun to work with

We want to be recognised for our inventive and charitable contribution to the community-boosting the morale of employees, the pride of clients and the respect of peers. Since January 2014 we have raised £27,130, smashing our 2 year ambition of £20,000! Through our “80 Days To Change The World” initiative, we will have given 600 hours of our time by the end of the year to support young people faced with difficulties, to give them the best start in life. This has included creating advertising and PR campaigns for Whizz-Kidz and Asylum Aid as well as volunteering with “Hackney Pirates”, to develop young people’s literacy skills and confidence within the local community. This year, we have continued to reduce the spend on our agency “Friday Fun” lunches, breakfasts and drinks by £1 per person, per week, helping to give an extra £60 a week to our nominated charities. Our agency Tuck Shop recently celebrated its first anniversary and since its launch in August 2014, we have chomped through 4000 chocolate bars, ice creams and packets of crisps to raise £1,000 for our chosen charity! On 11th October 2015, 8 employees took part in the Royal Parks Half Marathon in aid of Ambitious About Autism and are on target to raise over £5,000 for the charity. A silent auction and quiz has also been set up by employees to raise an additional £1,000 for the cause.
100% of staff agreed:
My organisation encourages charitable activities

Fair Deal
72% of staff agreed:
I am happy with the pay and benefits I receive in this job

The company  promote a virtual shares programme called ‘Brickies’ to reward employees. Employees can invest part/all of their annual performance-related bonus into Brickies, and the company  guarantee that this amount will grow in line with the agency’s revenues during that period. It’s a tax-efficient way for employees to feel that their savings are growing in line with the company’s growth. In keeping with the agency values of 'Above & Beyond' the company also hold monthly Above & Beyond awards, where employees nominate colleagues who they believe have embodied the Above & Beyond spirit. The person with the most votes gets £50 in cash to spend on whatever they choose.
72% of staff agreed:
I am happy with the pay and benefits I receive in this job