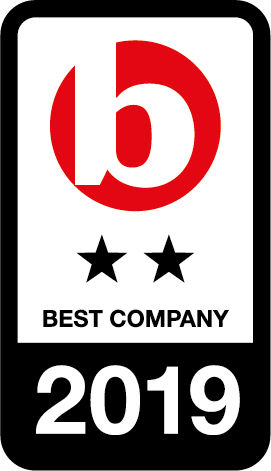 The story began in 2010, with two friends, Kristo Käärmann and Taavet Hinrikus, both from Estonia living in London. One was a Skype employee who got paid in Euros. The other got paid in Pounds, but had a mortgage in Estonia that had to be paid in Euros.

They were spending money they didn’t need to on their financial transfers, so they devised a beautifully simple workaround. One that became a billion-dollar business.

Each month, they checked Reuters for a good mid-market rate. Kristo put Pounds into Taavet’s UK bank account, and Taavet topped up his friend’s account with Euros. Both got the currency they needed, and neither paid hidden bank charges.

A coding bootcamp aims to improve the technical skills and confidence among female employees. The two-hour weekly sessions were led by a female engineer and aimed at beginners. By the end of the course, attendees could build their own webpages.
94% of staff agreed:
The experience I gain from this job is valuable for my future

Wellbeing
84% of staff disagreed:
My health is suffering because of my work

Wellbeing Week includes workshops on nutrition, minimalism, resilience and coping with stress. They also offer manicures, pedicures, massages, sauna, acess to a gym, and yoga - all free. After four years, staff can take six weeks’ paid leave plus £1,000 spending money.
84% of staff disagreed:
My health is suffering because of my work

My Company
95% of staff agreed:
I believe I can make a valuable contribution to the success of this organisation

WiserPulse is an internally developed people engagement tool, used by all teams to strengthen how they work together and assess how they are feeling. It was created because they wanted to ensure that their values and what makes them unique are upheld every day.
95% of staff agreed:
I believe I can make a valuable contribution to the success of this organisation

Number of responses in region: 135