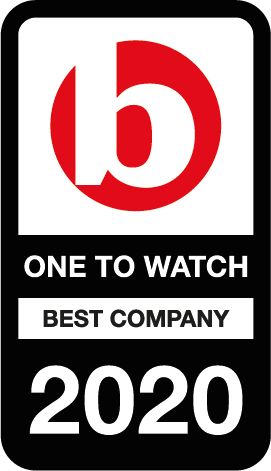 I am inspired by TfGM's accomplishment

TfGM have been awarded a 2020 ones to watch accreditation by Best Companies, with a BCI of 635.1. Companies like this are truly inspirational and are leading the way in helping make the world a better workplace.

I work at TfGM

TfGM have been awarded a 2020 ones to watch accreditation by Best Companies, with a BCI of 635.1. As somebody that works for this company, I'm proud to say that it's thoroughly deserved. Transport for Greater Manchester (TfGM) is a not-for-profit organisation responsible for co-ordinating transport across the ten local districts.

TfGM oversees transport and travel across Greater Manchester, home of the UK's largest regional economy outside London and a diverse population. They do this by working closely with a wide range of organisations; including commercial bus operators, the metrolink operator KAM, train operating companies, Network Rail, Highways England, and the 10 local authorities.

Employees at TfGM are key to their success, and with increasing responsibilities, due to Northern Powerhouse and Devolution, transport is vital to the growth and success of the region. They have a range of roles across the organisation that require different skills and experience.

'Going the Extra Mile' recognises colleagues who bring their values to life in the most exceptional ways. All nominees get an instant recognition email and those that really went the extra mile will get further recognition, as judged by the peer panel made up of a cross section of employees.

The scheme is all about acknowledging employees for doing just that; going the extra mile. If they feel an individual that they work with has gone above and beyond in living and being motivated by their values, then they are able to formally recognise them.

It is more than just an ego boost as all nominations are reviewed and any stand-out nominations will also receive extra recognition as part of the quarterly rewards.

My Manager
81% of staff agreed:
I feel that my manager talks openly and honestly with me

TfGM have run 2 leadership programmes for their most senior managers both focusing on the development opportunity themes that are a result of the 360 degree feedback undertaken by both those cohorts.
81% of staff agreed:
I feel that my manager talks openly and honestly with me

All employees are inducted into the organisation through an online eLearning induction featuring four different elements: welcome to TFGM; your local induction; TFGM confidentiality agreement; and induction checklist, including policies and procedures.
89% of staff agreed:
I believe I can make a valuable contribution to the success of this organisation

Fair Deal
64% of staff agreed:
I am happy with the pay and benefits I receive in this job

TfGM provide employees with an array of benefits, including: an employee assistance programme; staff discounts; and loans.
64% of staff agreed:
I am happy with the pay and benefits I receive in this job